Independence of civil society organisations: Now more important than ever

The aid organisation Jugend Eine Welt continues to be independent, non-profitmaking and committed to the aims of John Bosco.

Given the danger of increasing social polarisation in the coming months, the aid organisation Jugend Eine Welt underlines the importance of civil society organisations that are independent and impartial. “Civil society in Austria should do everything possible to prevent its being divided by politics and to stress what we share rather than our differences,” believes Jugend Eine Welt director Reinhard Heiserer. “Whether asylum-seekers are paid more than €1.50 an hour in future, care of the elderly is affordable for all or our education system gives all children equal opportunities is first and foremost a matter of humanity and moral decency, not political affiliation.”

He draws particular attention to international issues that have an increasing influence on life in Austria or are influenced by us: poverty reduction, especially in Africa and Asia; measures to support children and human rights; fair pay and working conditions in international concerns that make products for Europe; environmental protection; the fight against overexploitation of raw materials; the fight against global warming; and many other issues that require concerted efforts on the part of organisations and governments. “That is why civil society organisations will have to work together for the common good in future without allowing their agendas to be hijacked by political or other social forces,” says Heiserer.

In this respect the aid organisation, whose full name is “Jugend Eine Welt – Don Bosco Aktion Österreich”, emphasises that its structures are separate from those of the Order of the Salesians of Don Bosco which, in a recent statement, pointed out possible confusion with the order’s own organisation, “Don Bosco Mission Austria”. “Since it was founded 22 years ago Jugend Eine Welt has had the aim of fighting poverty all over the world and helping children and young people at risk to have a better future,” says Heiserer. “One of the main ways we do this is by supporting selected Don Bosco aid projects, chosen for their high quality and great reliability. The Salesians of St. John Bosco and the Salesian Sisters of St. John Bosco with their activities, projects and programmes in the countries of the south are our highly respected project partners in this work. However, the order of the Salesians was not a founder of Jugend Eine Welt, nor has it ever been a member or sponsor of Jugend Eine Welt and consequently has no influence on the work done by our non-profitmaking organisation, its management or the issues it prioritises.” Heiserer stresses the good relationship that Jugend Eine Welt has with countless Salesians, both brothers and sisters, the world over and with whom the organisation is in regular contact. With their cooperation it intends to ensure professional implementation of many more important projects.

Successful collaborative programmes
One example that shows that the collaboration between the Order of the Salesians of St. John Bosco and Jugend Eine Welt continues to bear fruit is their shared responsibility for the refugee initiative Don Bosco Flüchtlingswerk (www.fluechtlingswerk.at), which is funded and managed equally by the Salesians, the Sisters of St. John Bosco and Jugend Eine Welt. The Salesians and Jugend Eine Welt are also active in the volunteer sector: they share responsibility for the volunteers’ programme “VOLONTARIAT bewegt” (www.volontariat.at).Under the umbrella of humanity
Their common goal is to make the young people’s saint and pioneer of social work John Bosco and the impressive work done by the worldwide Don Bosco movement known; a movement that, according to the definition in documents of the Salesians’ general administration, also includes Jugend Eine Welt. “Our actions are motivated by Christian principles and the name of John Bosco is inseparably connected to us,” Heiserer confirms. He goes on to point out that John Bosco himself placed great importance on working with the laity. “We’re convinced that lay people and lay organisations will play an increasingly important role for the Catholic church in future. Women and men, priests and lay people, family members and religious, church and secular organisations, civil society and political bodies are all called upon to find answers to the great challenges posed by our globalised world and to do this together as equal partners. What is required is a tremendous shared effort under the umbrella of humanity. 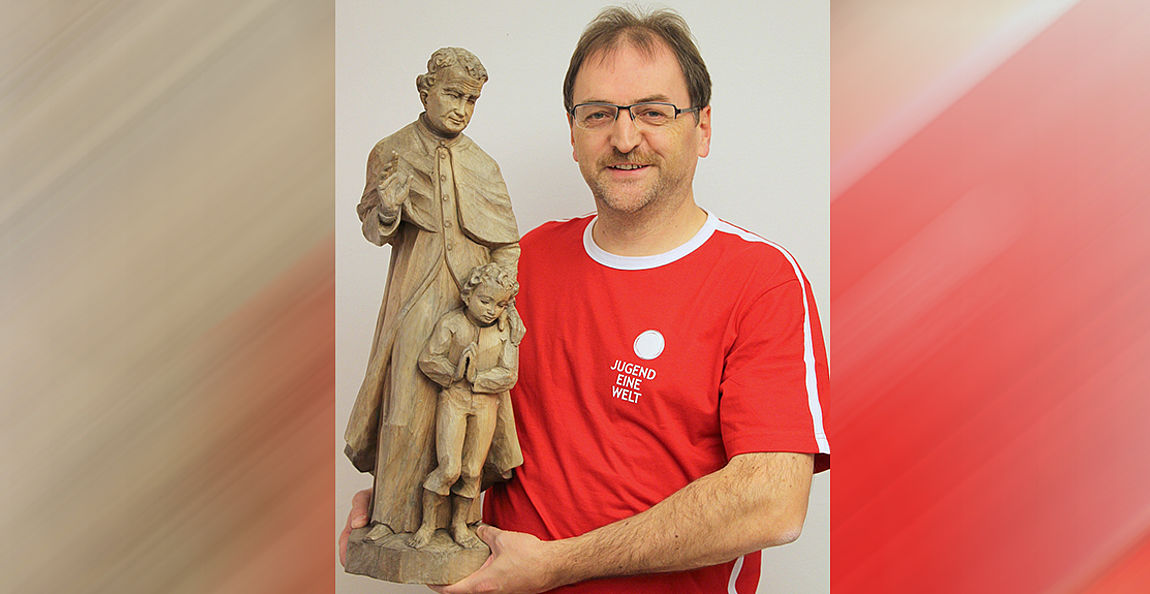 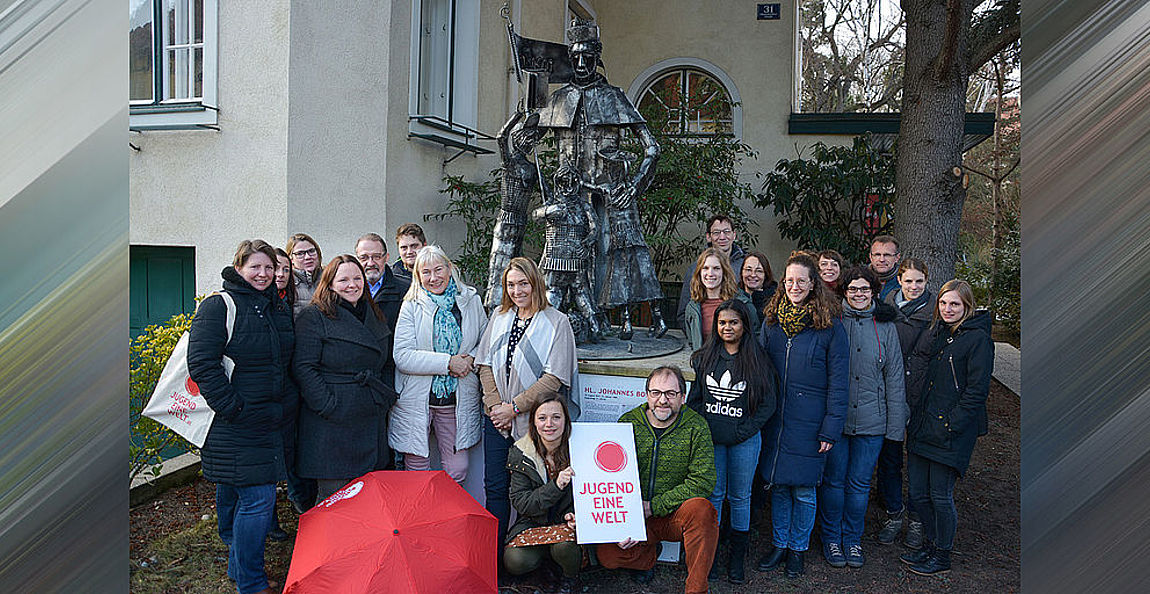 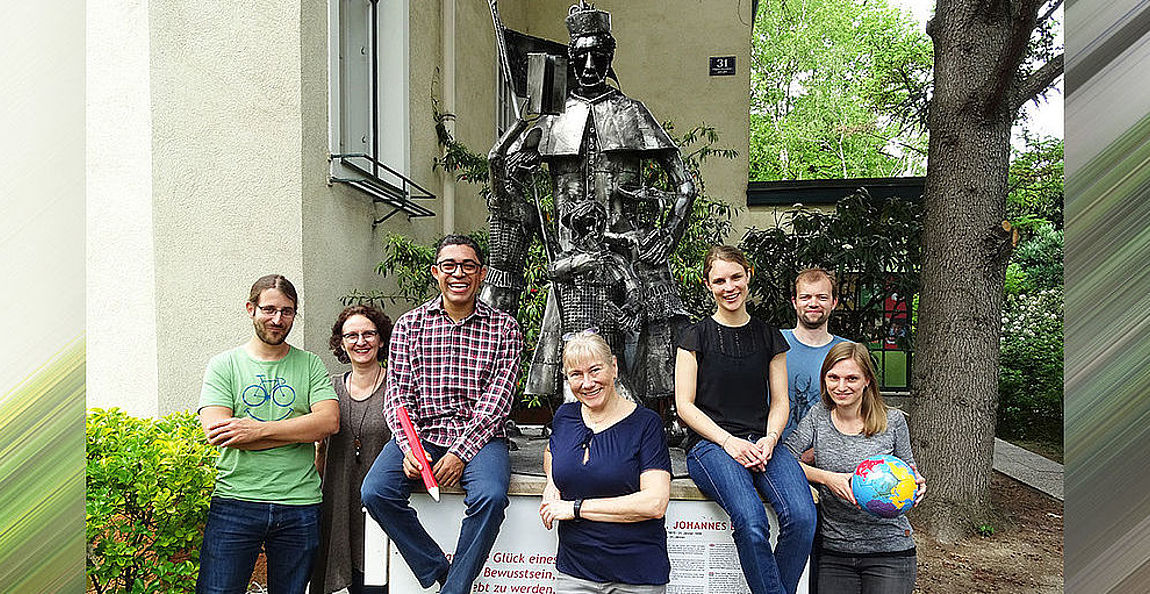 For more details about Jugend Eine Welt and the Don Bosco projects funded by the aid organisation, about programmes for volunteers and about work in the field of development policy, go to www.jugendeinewelt.at. Jugend Eine Welt has carried the donation seal of approval since its inception. Donations made to the aid organisation are tax-deductible.